According to Forbes, consumers are exposed to between 4,000 and 10,000 ads per day. That’s a lot of advertisements in a day, let alone when you total that up over a week or a month. Even though there are many ads spread out across all of the users on the internet, there’s still a chance that the frequency of an ad can be too high. This allows it to be show to multiple users multiple times—which also multiplies the consumer’s annoyance. The frequency issue is such a challenge that the team at Google Media Lab decided to look into it and see if they could find a way to maximize video ad results, specifically on YouTube. As you might expect, they’ve come up with a solution—video ad sequencing.

Video ad sequencing is an update to traditional video ads by “allowing you to serve up a planned sequence of ads that tell a story to customers across their purchase journey.” Consumers don’t always have the time or attention to spare on your carefully curated and put-together 30-second ad. Some marketers believe that audiences’ online habits have evolved enough that they’ve outgrown the practice of watching 30-second video ads.

Most users switch back and forth between devices, tabs, screens, and focal points when they’re online. This effectively wastes much of a 30-second video ad spot. Using video ad sequencing allows your brand to build video ads that tell a story that will lead your customers on their purchase journey. Think with Google reports a 74% ad recall increase when brands utilized ad sequencing vs the traditional 30-second ad approach.

Rather than serving the same video ad to your customer base, video ad sequencing instead advocates for a structured ad constructed for specific audiences and stories that can focus on critical metrics such as brand awareness, ad recall, and purchase intent. 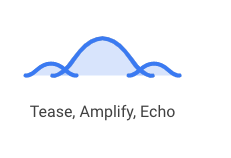 By using the Tease, Amplify, Echo; Mini-Series, and Direct Shot sequences, brands were able to increase retention by 55%-69% among UK audiences. 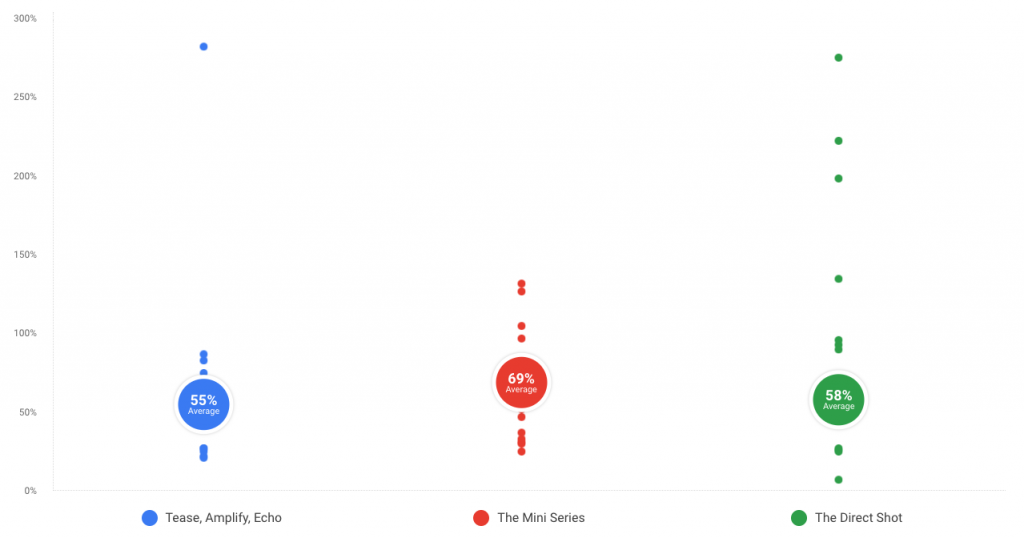 But how frequent is too frequent?

Once you’ve got your campaign goal and sequencing structure nailed down, you’ll still need to think about frequency. Some users are always on the same platforms, which means they may see too many ads, including yours. Some users switch back and forth between devices quickly and flit around the internet. They never seem to stay anywhere long enough to take in an ad—which would mean they maybe haven’t seen any! Unfortunately, there’s no easy or “right” answer to the frequency question. However, with video ad sequencing, these campaigns have unique allowances that can optimize frequency so your ad can have the maximum impact on your audience. Think with Google does publish some stunning statistics here: “On average, ads shown in frequencies of three or more drove 61% higher absolute brand lift than frequencies of one and two.”

Back to blog link

Get in touch with The Bannermen and see what we can do for your digital display plan
Cookies help us deliver our service. By using our services, you agree to our use of cookies.